The installation was shown at the exibition “The best of the possible worlds” at Technische Sammlungen Dresden in 2016. It is an interactive experience of the evolution of a complex bicontinuous structure of two immiscible fluids. By pushing against an elastic display the structure evolves in time. The evolution is driven by the surface tension of the interface of the two fluids, which results in a continuous reduction of the interface area and leads to self-similar structures. The process is mathematically described by a Cahn-Hilliard equation, which is numerically solved by an adaptive Finite Element Method on the high performance computer JURECA at Jülich Supercomputing Centre. In each time step the structure, visualized by the fluid-fluid interface, is rendered. According to the deformation of the elastic display the corresponding time frame is projected. By pushing against the elastic display one therefore can interact with the structure and evolve it in time in a playful and intuitive manner. 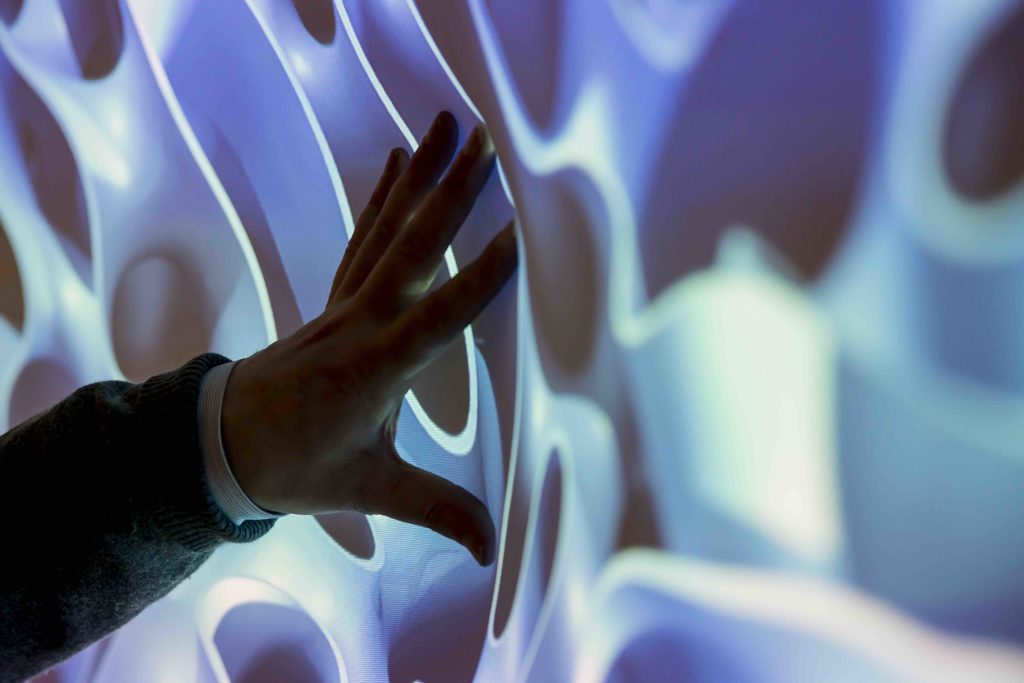 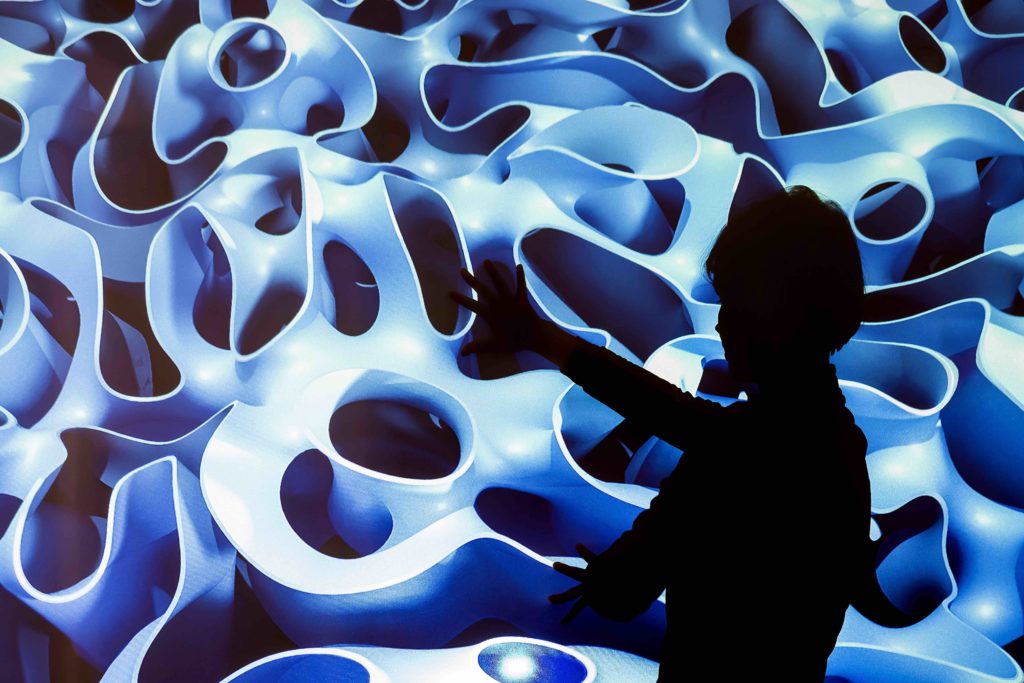 To provide this experience to a broader audience a version with standard display technology has been developed and made available for Linux, Windows and macOS on the IMAGINARY platform for open mathematics (https://imaginary.org/de/node/1255). The deformation of the display is thereby emulated by the time of interaction. We here also consider the position of interaction. A local blending of the images at different time frames, chosen according to the position, allows for a local evolution in time. An other version is also available on Google Play Store under the name spacetime.

Theme by Anders Noren — Up ↑